Nai Harvest – on music and fashion 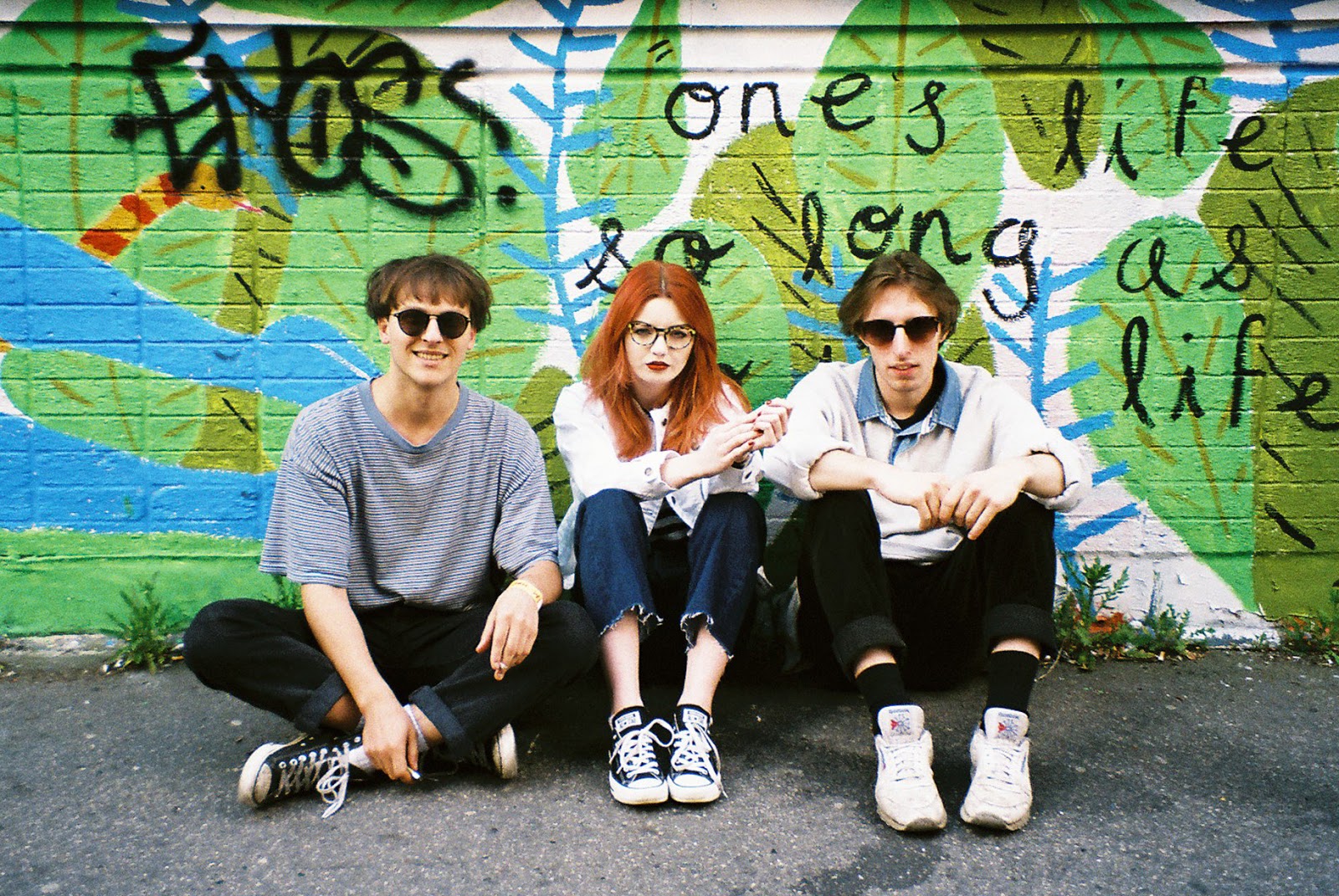 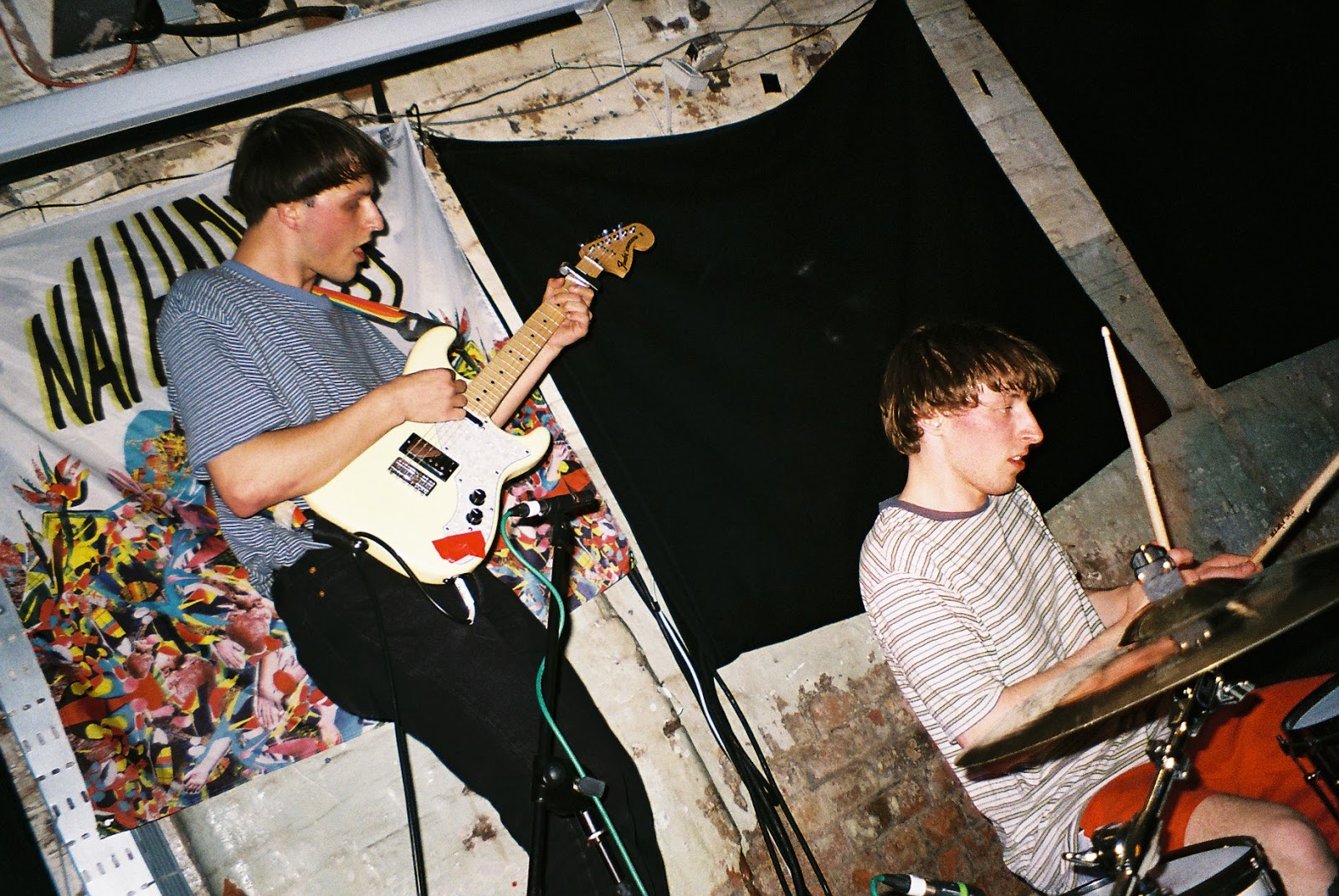 Nai Harvest is Ben Thompson (vocals and guitar) and Lew Currie (drums). They are a two-piece from Sheffield whose sound (in very brief summary) has grown from roots in twiddly emo to a sort of fuzzy indie punk that music media seems to find difficult to describe. Whichever adjective you prefer, their new record Hairball is really, really good; from the very first line ‘I wanna know what the weather’s like in your mind’ to energetic title track Hairball. I’ve had the contagious first single Buttercups stuck in my head for months, and dreamy Ocean of Madness is proper ~summer anthem~ material (and my personal favourite song from the album).

It’s out today via Topshelf Records (US), available in the UK/EU here. It’s also now on Spotify if that’s your thing, or you can listen to it here:
Last week I took some fashion advice from Ben(!) and dressed as Nai’s third member, and popped down early to the Manchester show of their Hairball tour (with fellow Sheff band Best Friends) to have a chat about music and fashion, two things that both the boys and I think are inextricably connected to an extent. Check out our interview below, in which the boys reveal that their fashion icons are Mike Skinner and Orlando Weeks, and attempt to describe my style…

How’s tour been?
Ben: it’s been really good, we’ve been with our best friends and had all our friends opening the shows. It’s been really nice to be able to curate a tour and ask people we want to play with to play with us.
Lew: the best tour we’ve done I reckon.

The new record is very sick, what’s your favourite song from it?
Ben: All The Time, it’s really easy to play.
Lew: Melanie.

So you’re both into creating visual art in one way or another (Ben studies at Manchester School of Art and Lew is an illustrator), how important are visuals to you as a band?
Ben: I guess the aesthetic of a band is quite important, obviously music is the most important but you’ve got to have a clear direction visually.
Lew: I think it’s 50/50, you’ve got to stand out these days pal.
Ben: yeah, if your record covers are ugly and your t-shirts aren’t nice then no-one’s gonna buy them, regardless of how good the songs are – a sad but true fact! And as we’re both artists it’s kind of important to have an art vibe with Nai Harvest as well.

Which do you prefer to create then, art or music?
Ben: I actually prefer music these days, art is becoming more and more stressful as time goes on.
Lew: yeah same, I wouldn’t say art is a job but it’s more that way than music.
Ben: me too art is becoming more a job and I have to think about it more, whereas music comes really naturally.

And Lew quickly tell us about the book you’ve just done?
Lew: I basically decided to do a book because I got bored of doing conceptual work. I wanted to draw what I know and I really like football. It’s basically a collection of moments in my style.
*check out Lew’s Tumblr for his illustrations, and pick up his book via Snöar Press if you’re into that* 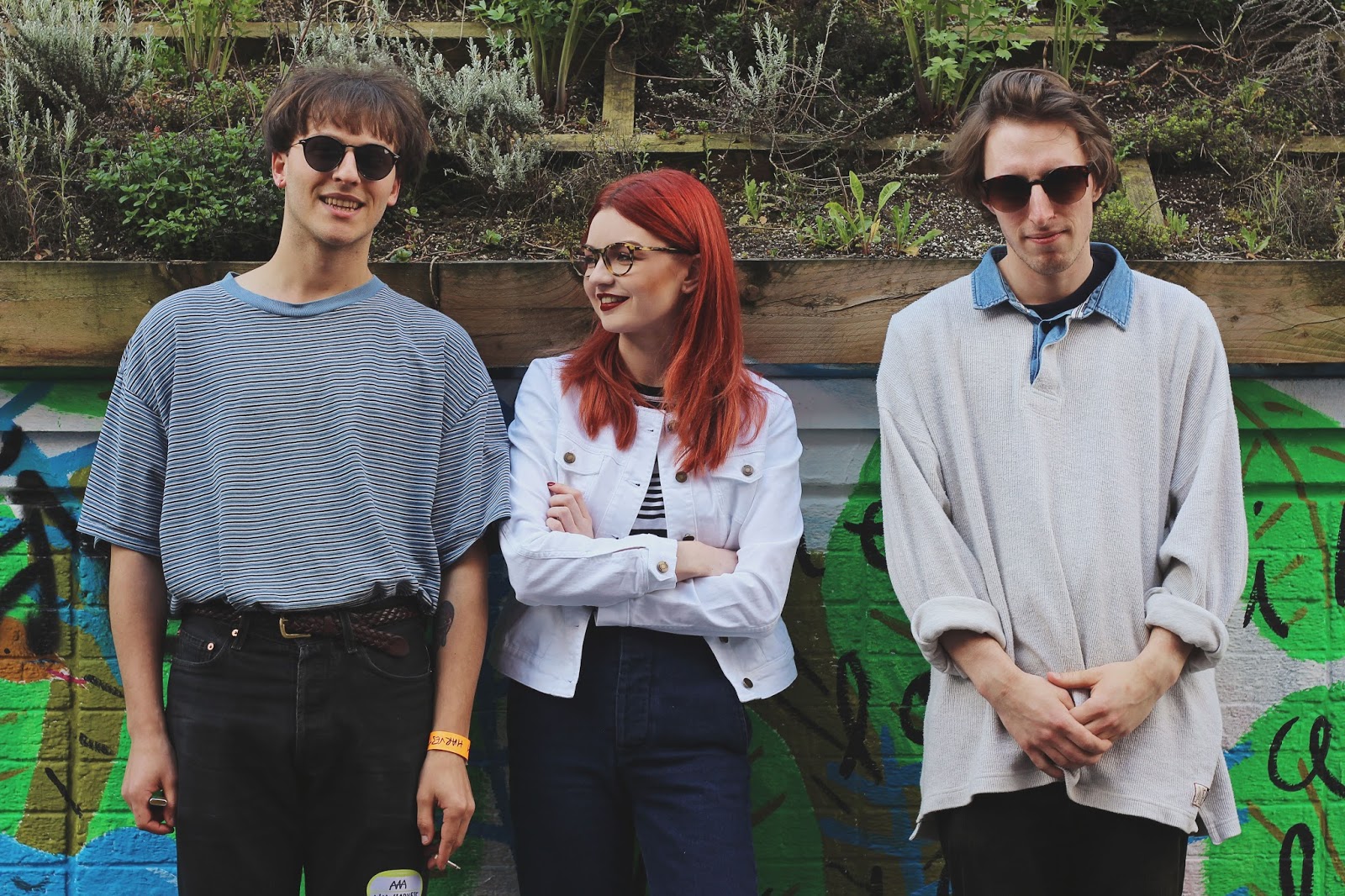 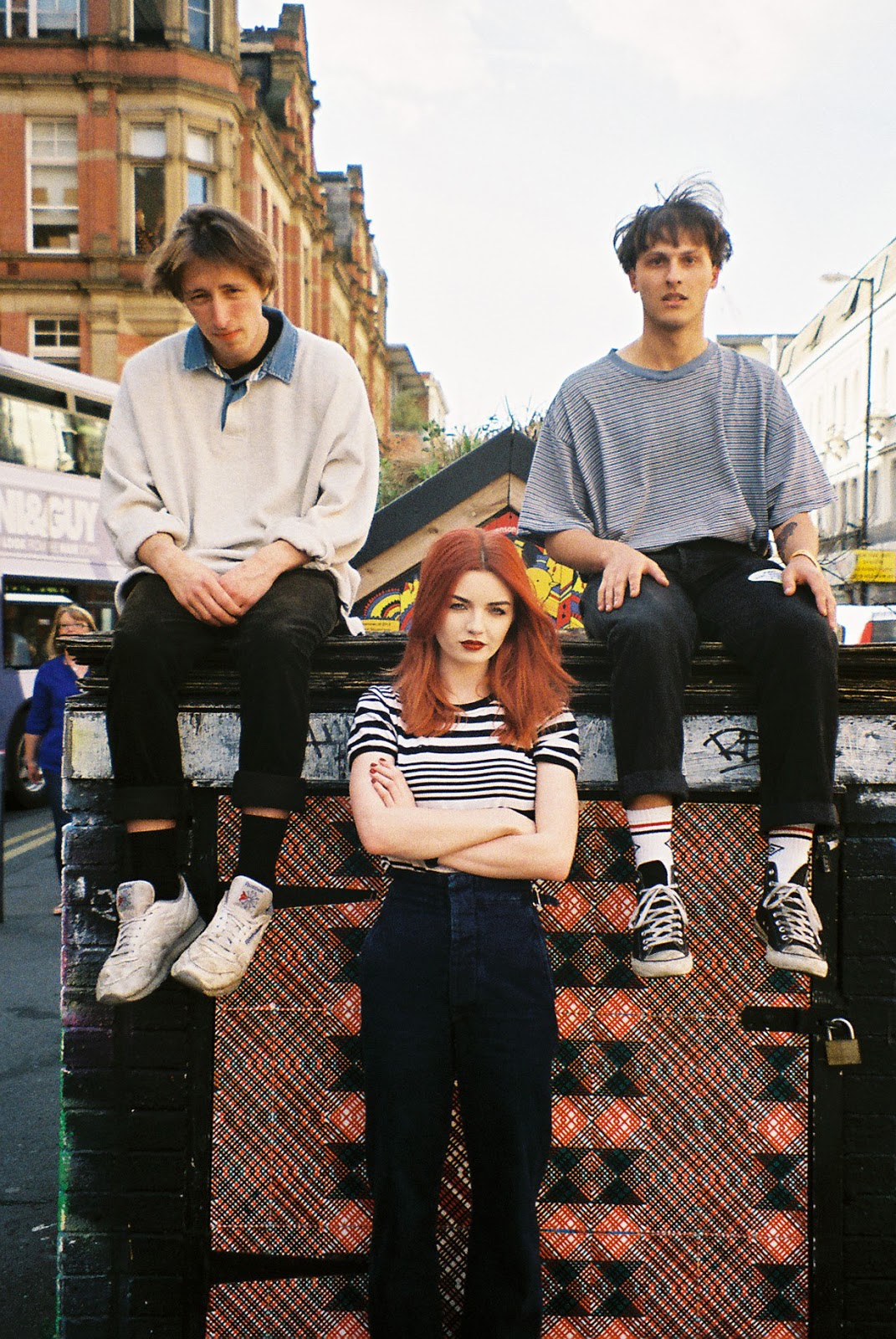 Ben: I’m wearing a £3 stripy box t-shirt I got off Etsy, some Levi’s, some Umbro socks and some Converse.
Lew: I’m wearing a Field Jersey, apparently, which I got from an American thrift store for $2, a Niagara Falls t-shirt which I didn’t get from Niagara Falls, some green cords from TK Maxx and some Reebok Classics.
Hannah: Boden white denim jacket*, Motel striped ringer tee, ASOS high waist wide leg jeans*, Converse*.

Where do you get your clothes generally?
Ben: off Etsy or eBay, or just general charity shops. There’s a really good one near where I live in Withington, shout out to Cancer Research UK.
Lew: pretty much the same, charity shops and my dad actually.

Out of all the current UK bands in this scene you two have one of the most distinct aesthetics, has this ever been a conscious thing?
Ben: not at all! It’s weird because people in America always ask if we’re brothers even though we don’t physically look alike. I think it’s because we look sort of coordinated, but it has actually never been intentional.

This is my least favourite question that I get asked as a blogger; can you describe your style?
Ben: my style is kinda lazy, baggy and comfortable. I don’t like anything to fit properly.
Lew: the bigger the better! Pretty much the same, but a bit more sporty.

Ok cool I’m putting that in my bio. Any fashion influences or icons?
Ben: Orlando Weeks from The Macabees, still swag after all these years. He brought white trainers and sick bowl cuts into rock and roll, legend.
Lew: Mike Skinner I reckon, hard as fuck.

What about other bands you know, who else dresses great?
Ben: Best Friends probably.
Lew: Magic Gang.
Ben: yeah they’re pretty swag… like Jack Wills punk, yacht punk, gone on a boat but also in a punk band…
Lew: and Mahogany!
Ben: Hetty from Night Flowers always dresses really Vogue, like really long coats and heels, she always looks very put-together. And when we saw Alvvays, Molly had the coolest stripy t-shirt on I’ve ever seen, with a red Mustang and white trainers. She was dressed like a boy and it looked so sick! 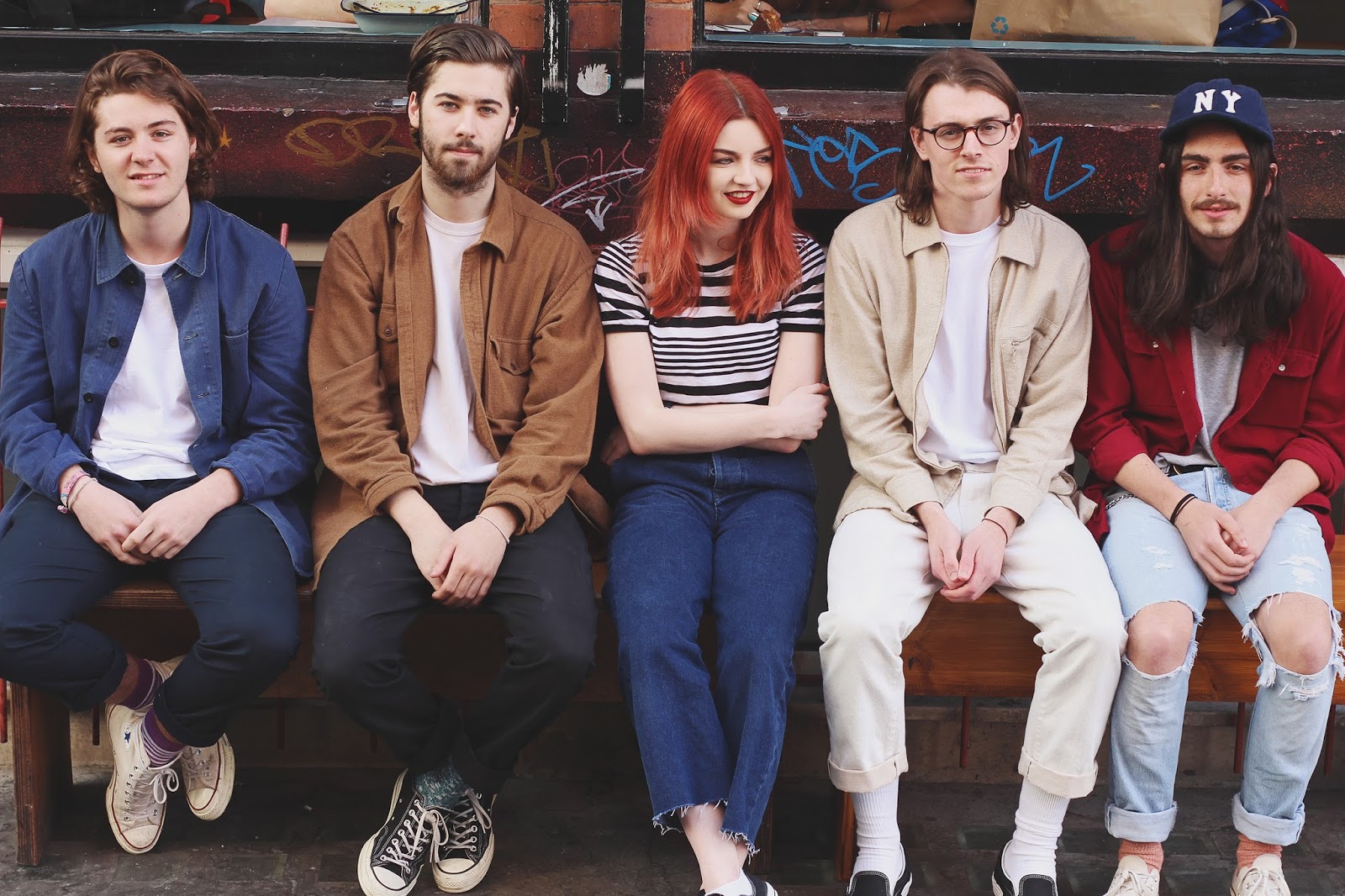 Mahogany opened up for Nai Harvest – listen to and download their debut EP ‘Drowsy’ here. Melancholy emo / indie from Manchester, if you’re a Tigers Jaw fan you’ll love this.

And your favourite bands, musically and/or visually?
Lew: I’m gonna say The Streets, musically and visually it works together.
Ben: yeah The Streets is a good one he’s got that scally thing on lock. Mac De Marco’s got a pretty good look on the go with the whole gap teeth, cap, stoner-but-not-actually-a-stoner vibe, dungarees and stuff… I reckon he’d be so fun to hang out with.
Lew: at the moment musically it’s Cymbals Eat Guitars.
Ben: yeah and the new Waxahatchee record is amazing, and I can’t wait for the show.

Nice, and finally what can we expect from you in the next year?
Ben: just loads more live shows, probably a cool support tour, and back to the states in October. 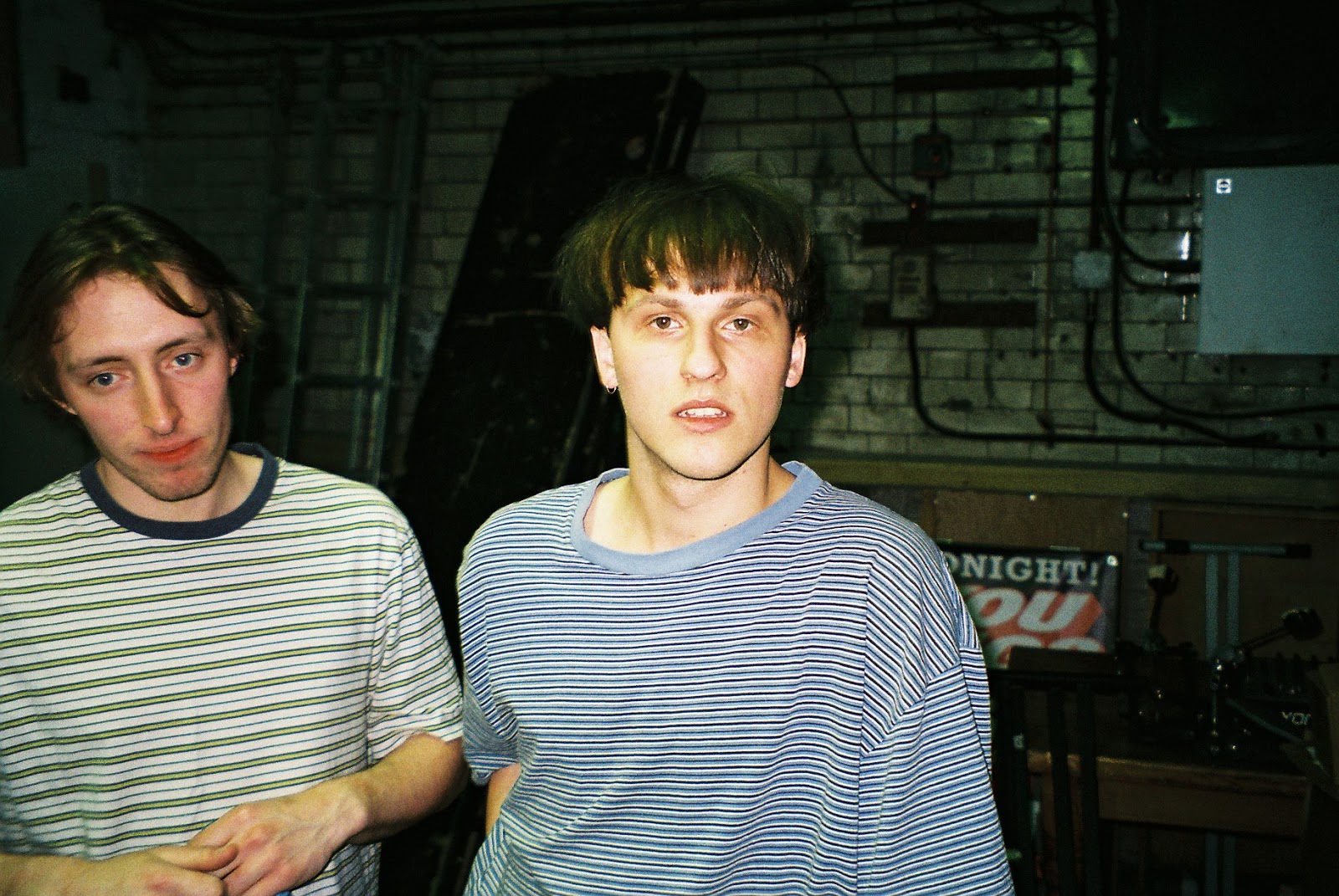 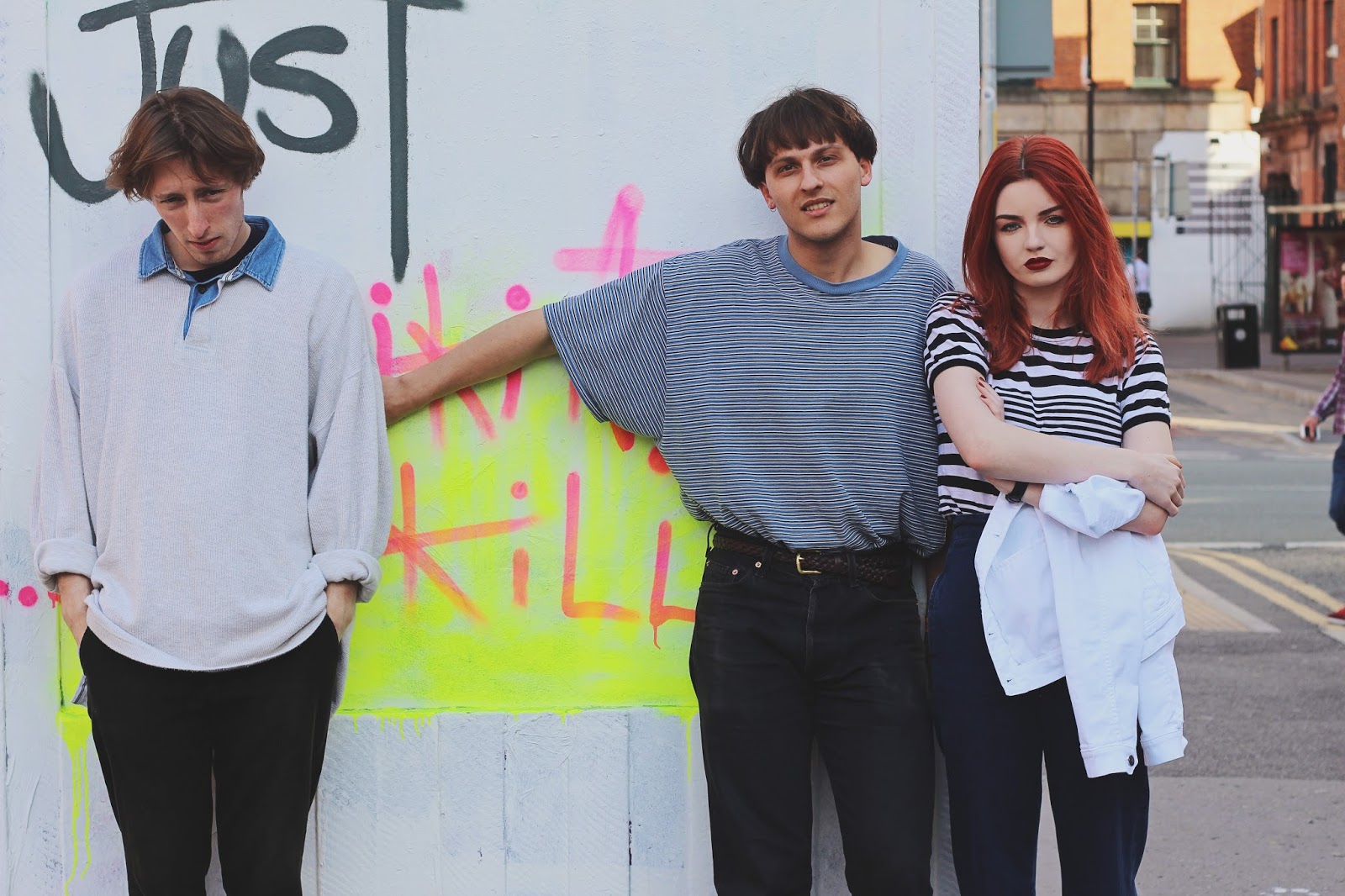 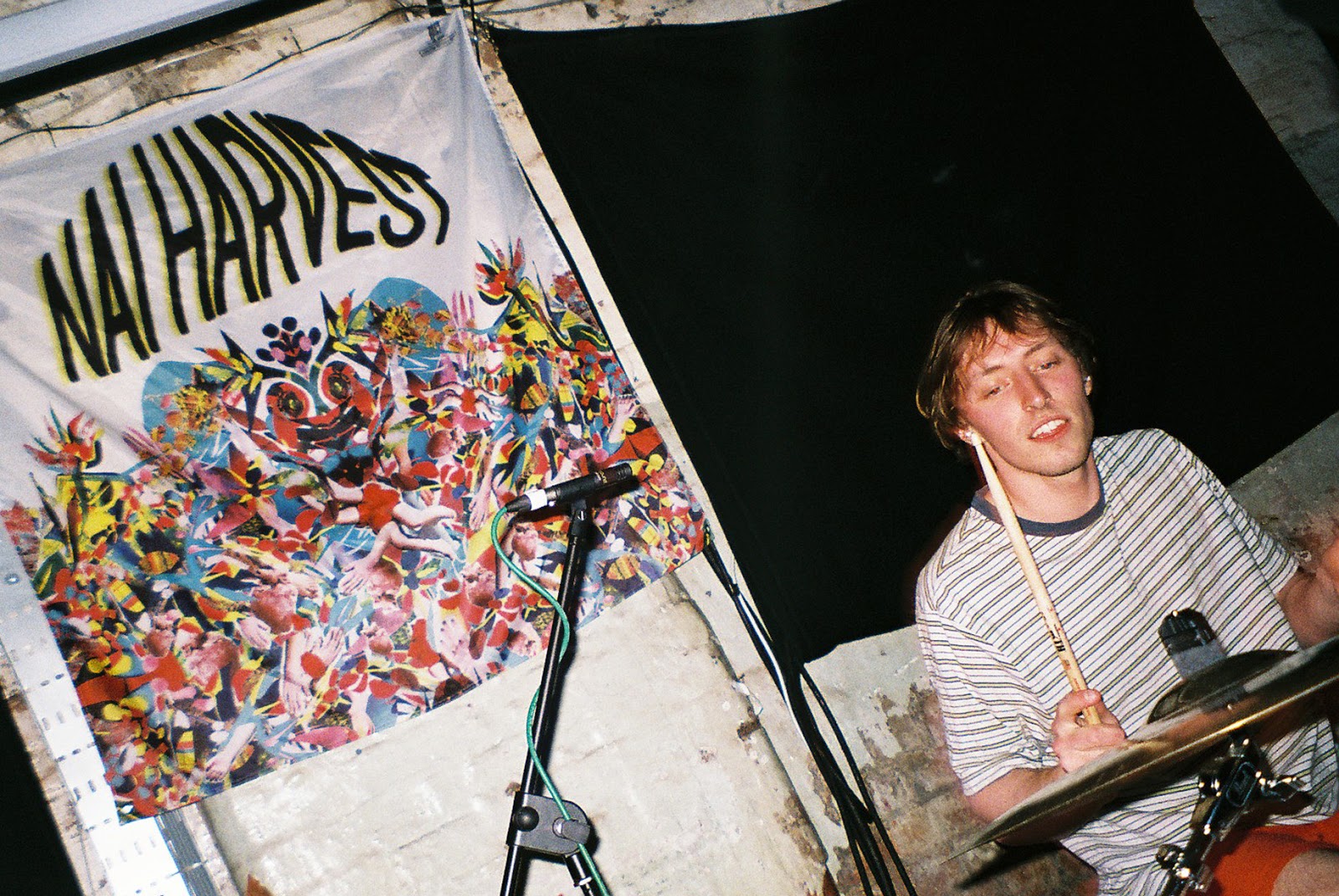