Interview: Girlpool on Music and Fashion 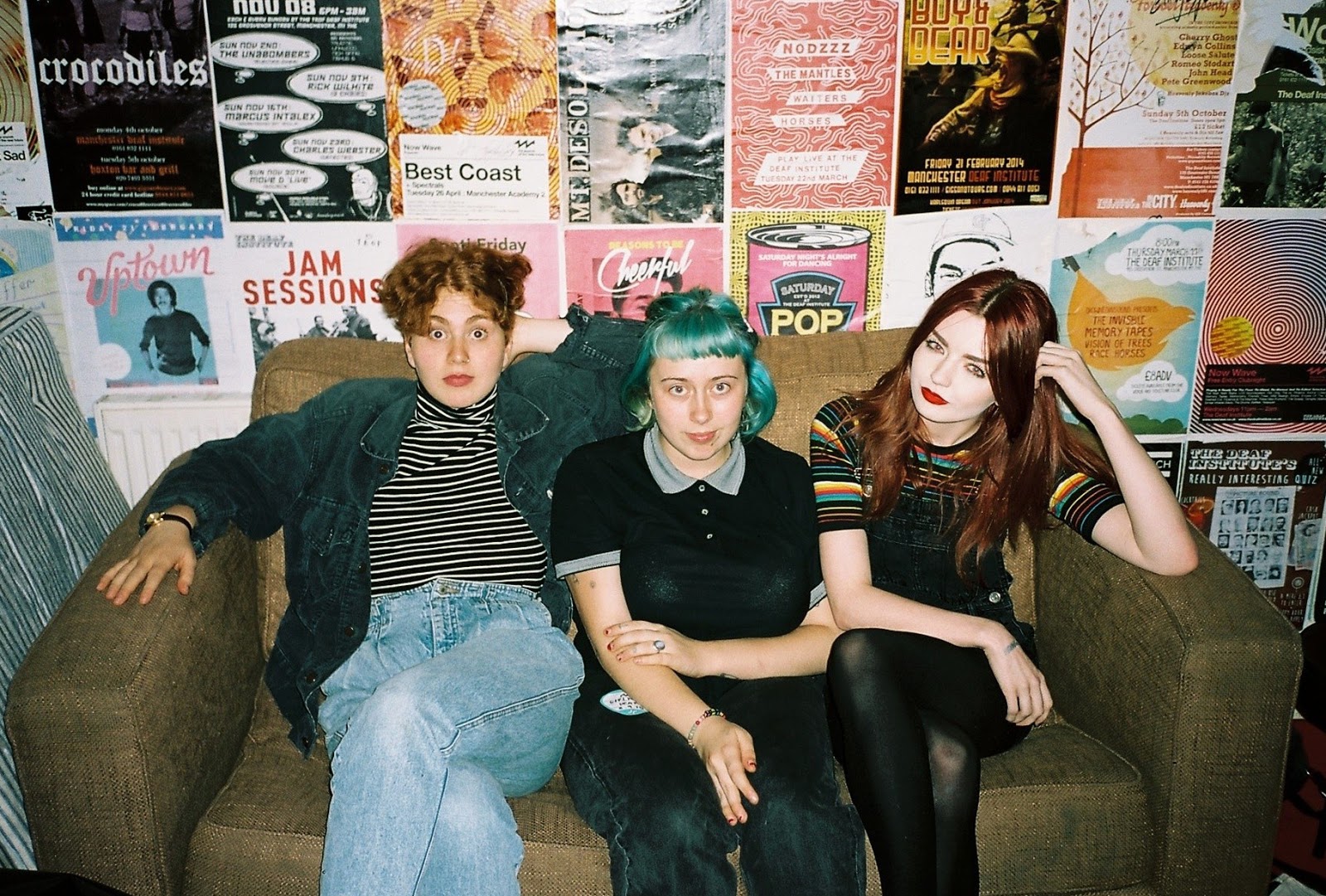 Girlpool is Cleo Tucker and Harmony Tividad, a two-piece (have you noticed I seem to exclusively interview two-piece bands?) from Los Angeles, now living in Philadelphia. They first appeared on my blog earlier this year in a post about girl bands after I had seen them play and became instantly quite obsessed; you’ll be pleased to hear that I have since become a fully fledged fan. Their newest record, Before The World Was Big, came out on Wichita this summer and, in my interpretation, is an ode to childhood and nostalgia. For the most part it feels less angry than their debut self-titled EP, but hasn’t lost the rawness and socially progressive lyrical content that attracted me to Girlpool in the first place. Check out the fiercely catchy title track and accompanying (very cute) music video below.
Having become sufficiently excited to see Girlpool play again, last week I went down to Manchester’s Deaf Institute for their gig and to have a chat about music, fashion, and snacks: 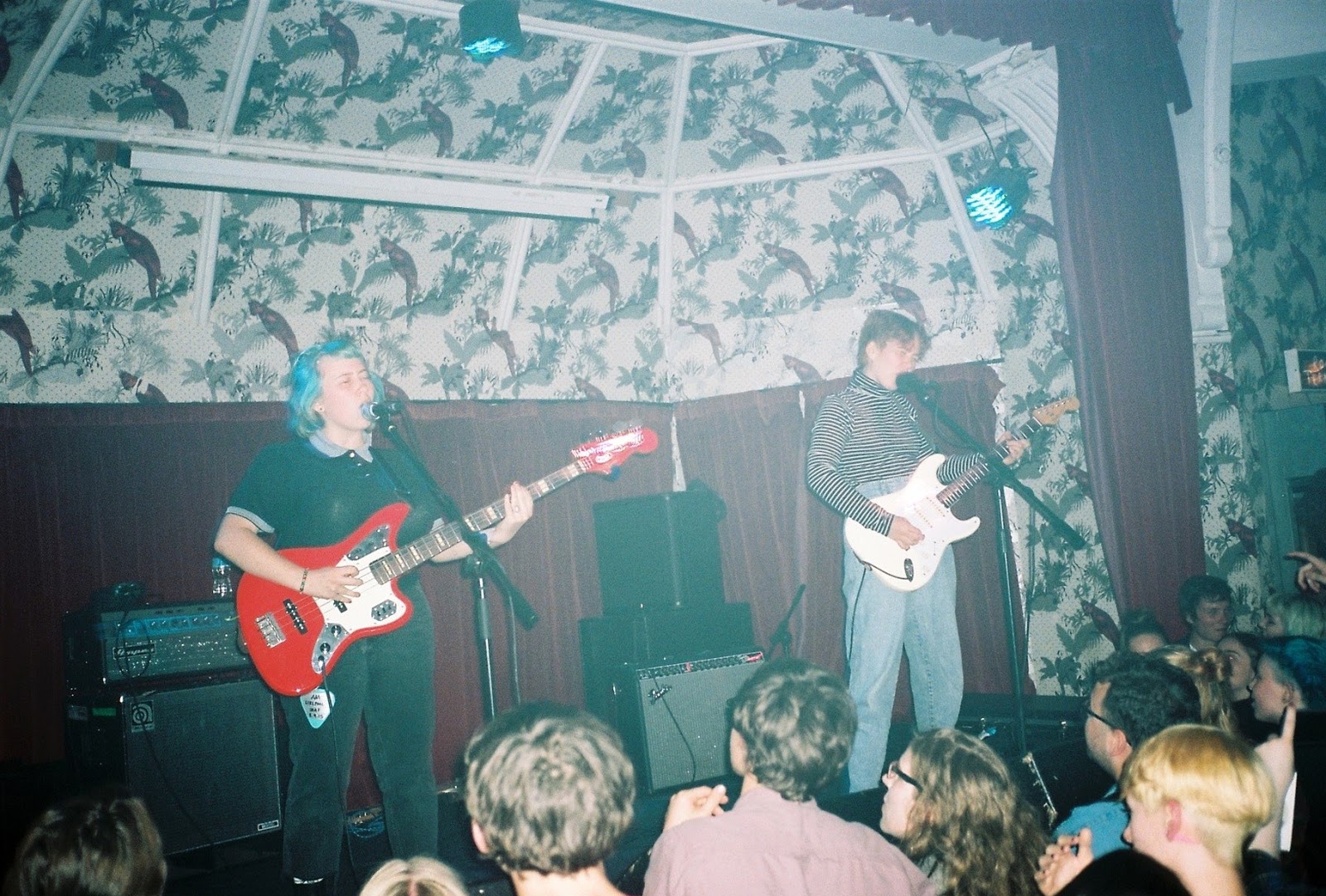 You’ve actually been to the UK three times this year, what do you like so much about playing here? If you do like it that is?

Cleo: we do like it! Our label was originally based here so they have a strong understanding of what shows are cool and where to play, and what’s going on.

Cleo: I’ve always really loved the UK and Europe, it’s a fascinating place to me growing up so far. I think everything is different so it’s kind of cool to jump into a totally different world. It’s also fun to exercise those parts of yourself that you work on so far away, and exercise things that are so close to yourself, and yet to be in a space that’s the furthest you could possibly be from familiarity. It’s an interesting juxtaposition to live inside of!
Harmony: I feel like I learn more about my culture coming here, in a weird way, because it’s like ‘oh I didn’t realise that was part of my DNA that isn’t just human, it’s only the United States’. That’s interesting, and also visually it’s so different from America. Like the architecture and the way things are put together and placed; I feel like every culture has a certain way they shape things, and the visual exploration of that feeling is interesting. Your environment affects you so much that perceiving a different world visually affects internal dialogue, even.

For sure, especially being from somewhere as far away as L.A. You recently moved to Philly too, how has that been?

Harmony: it’s been cool!
Cleo: it was sort of similar to the feeling of coming here, entering a space and environment that we’ve never really lived inside of. It’s fun! Right now and for a long time our eyes have been really wide, and with moving we have been soaking up loads of new feelings too.

So your new record, Before the World Was Big, is really great! Can you tell us a bit about it? Are you happy with it?

Harmony: we both feel really good about the record, we feel like it really hones in on a moment in our lives and represents a perspective and a feeling or idea that we both shared and explored together, and it’s really powerful and cool to put it out into the world. It feels really cool!
Cleo: yeah we’re both proud of it and feel close to it still, we love it a lot.

Apart from music, what other creative things are you guys into?

Cleo: pretty much everything! We both draw, I take photos, and we love making videos.
Harmony: yeah, and just thinking about ideas…..

You both have a cool, distinctive style. What, if anything, do you think inspires that?

Cleo: I like a lot of certain colours, like bright colours and juxtaposition and contrast… except right now I’m not wearing that haha. I don’t think I consciously have any style icons, though.
Harmony: I remember when I was like 13, and Say Yes by Elliott Smith was playing, and I was just like ‘I want to dress like this song today’. I can’t remember what I ended up wearing! I think that the things I like inspire what I wear, but I don’t know what they are exactly.

Do you think that fashion and music influences cross over?

Cleo: I don’t know, it’s strange that image is involved at all, but I guess because there is performance there are visual representations. It’s strange because when you’re sitting writing a song you don’t think about that.
Harmony: yeah you’re like wearing sweat pants or your PJs and eating snacks!

So do snacks inspire the music?

What is your tour-drobe like? It must be a really annoying thing to have to pack for a tour, so how does that go down? What are your essentials?

Cleo: it’s very weather dependant. We came from the east coast which right now is about a million degrees, so we packed warmer clothes for here. And you’ve always got to bring that pair of pants that you really love.
Harmony: and a good pair of sneakers, and some nice underwear that are really comfy. And good socks! We’re very into socks.
Cleo: really your tour-drobe evolves as you go, I haven’t actually been to a shop in Manchester yet but we did a lot of shopping in London!
Harmony: yeah we went to Brick Lane, and have been to a lot of charity shops and stuff. And there was a lot of cool stuff at End of the Road Festival too!

Thanks so much for chatting to me! 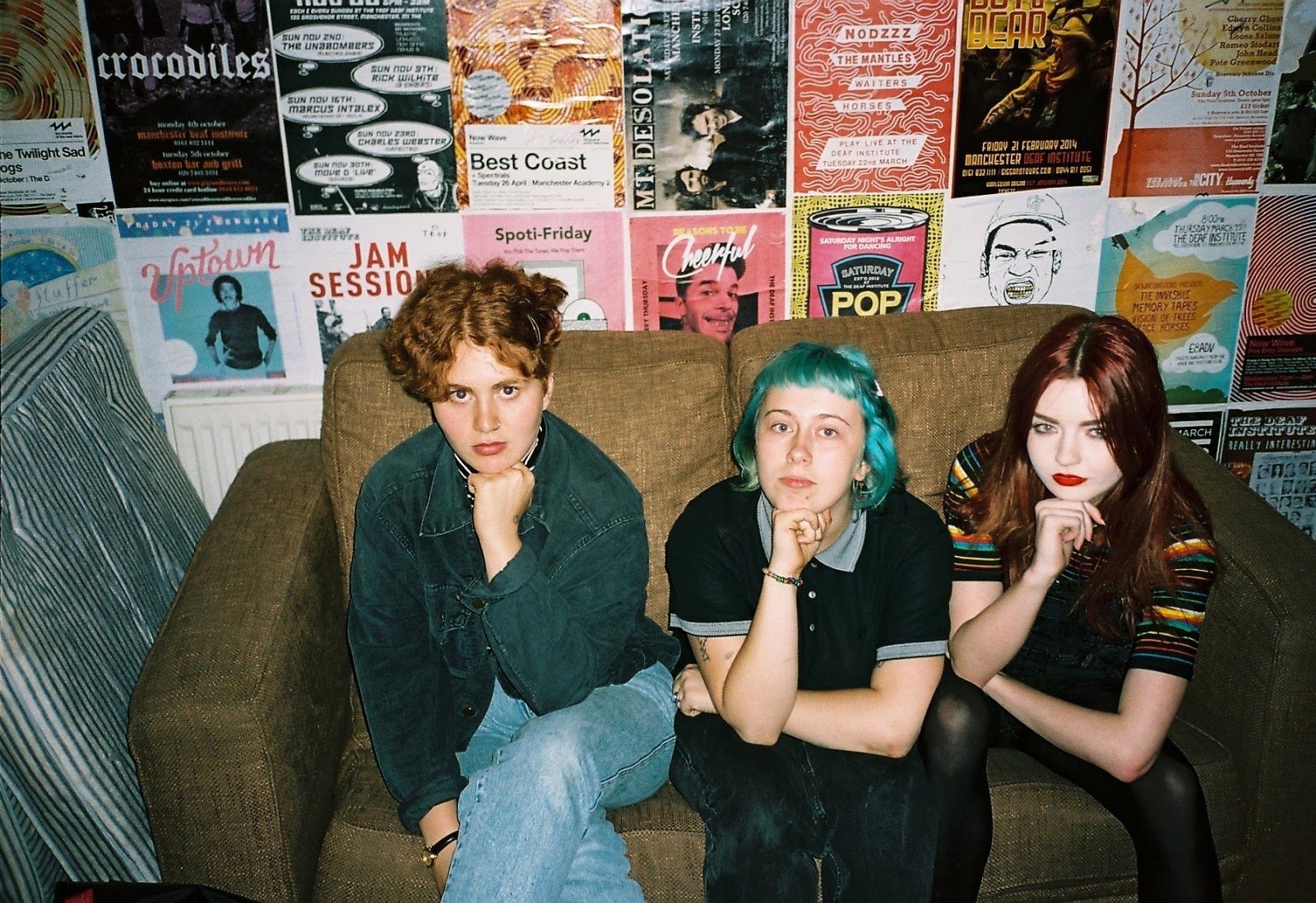