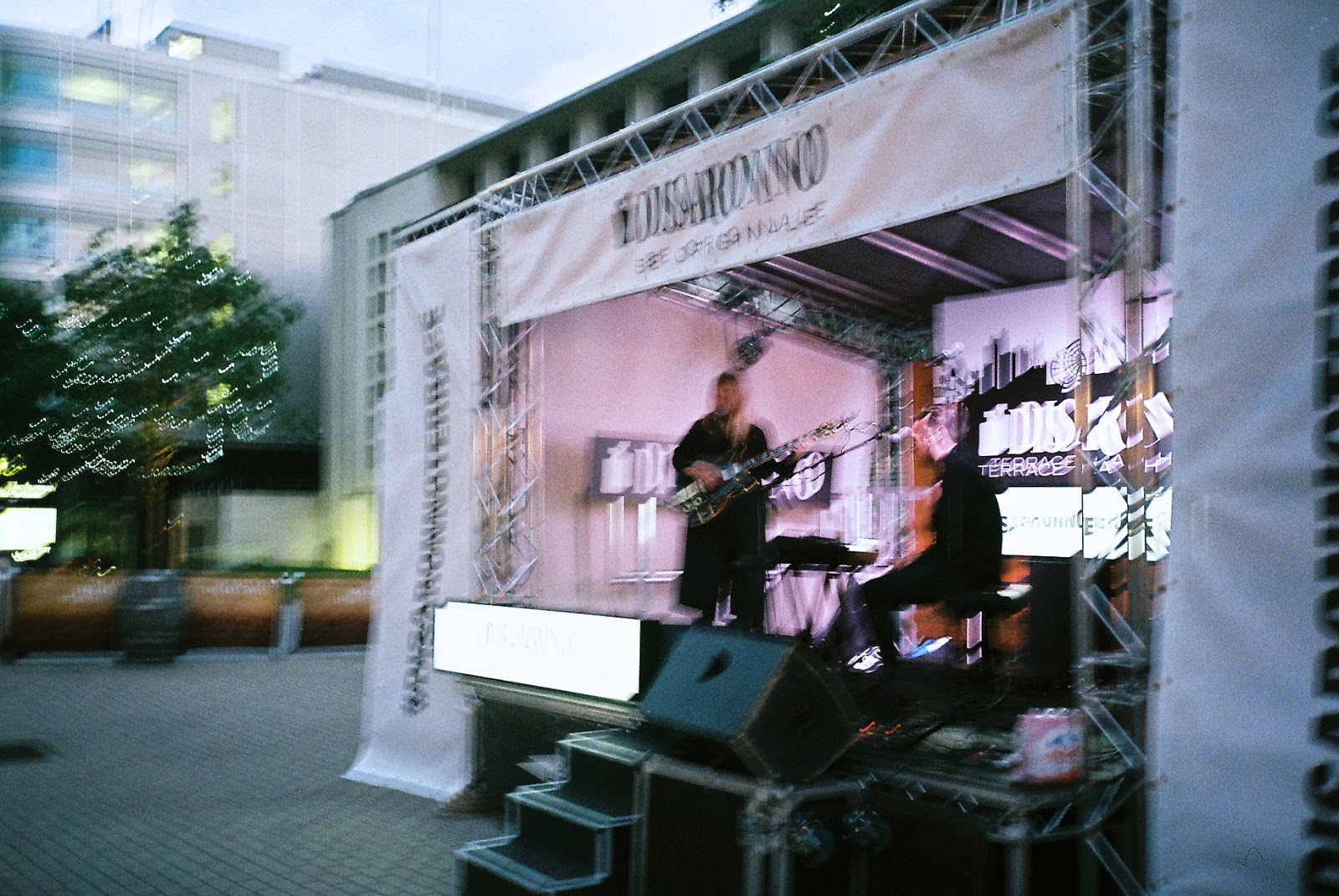 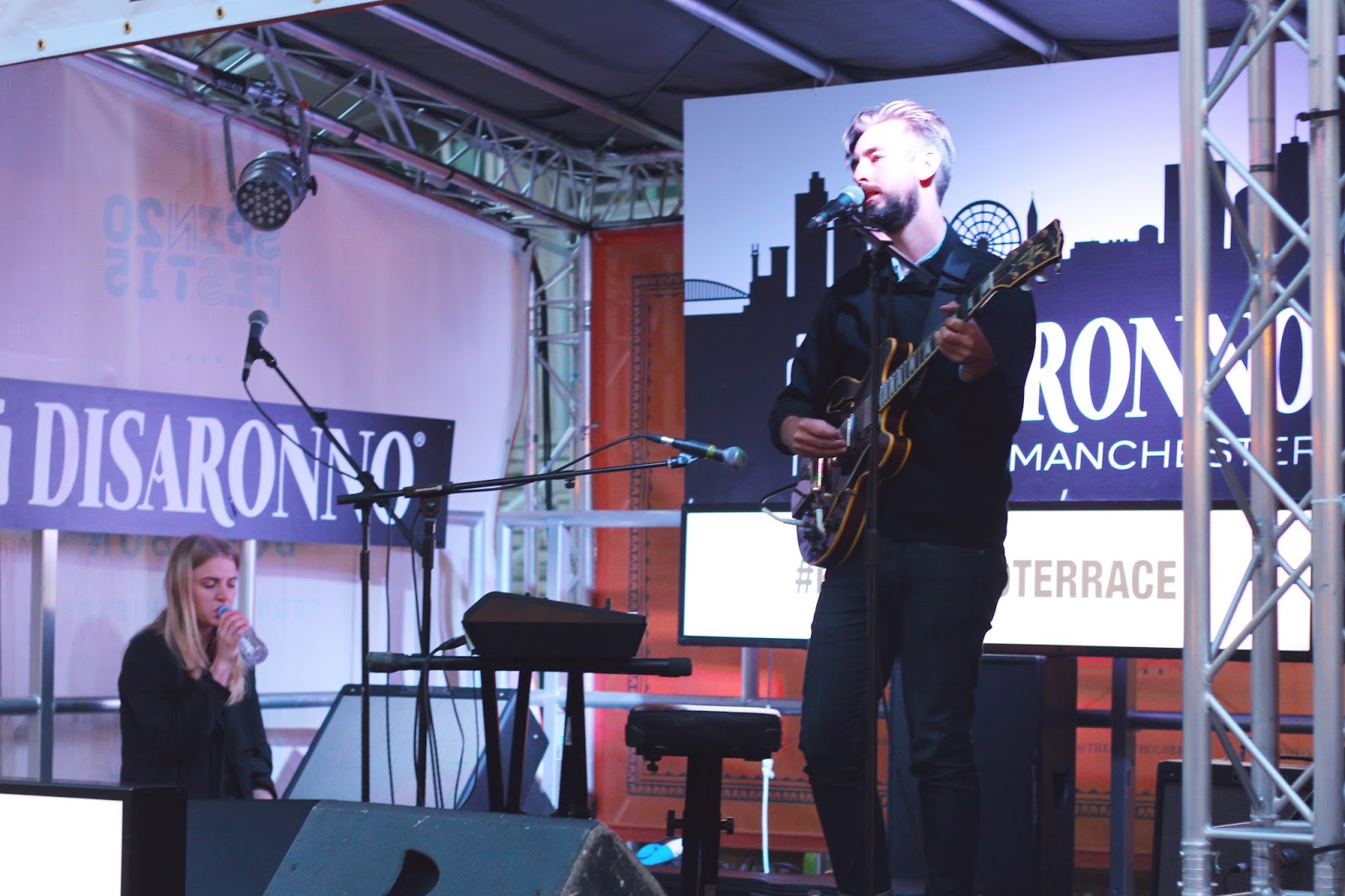 Slow Club have been around for quite a while. Almost ten years, in fact. A favourite of the self-proclaimed ‘indie kids’ in secondary school (in my 2005-2010 era at any rate), they have stood the test of time and continue to put out music that is both interesting and (imo) just really nice to listen to. Originally hailing from Sheffield (just like the last band I interviewed, Nai Harvest), Charles and Becca now live in London. I caught up with them at a Disaronno Terrace event in Manchester, and had a chat with Charles about Slow Club past, present and future, the creative process, and of course clothes. 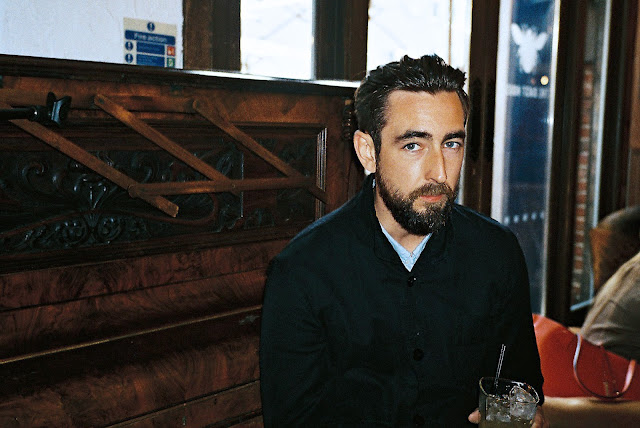 Your last record, Complete Surrender, came out just over a year ago – what have you been up to?
We were touring quite a lot, until springtime, and since then we’ve just been writing. We’re starting the next record next week, so we’ve just been trying to write loads of tunes.
Becca has her solo project, selfesteemselfesteem, what’s going on with that? Are you working on anything yourself?

She’s doing that, she’s started a record, and I’ve started another band at the beginning of the year called Chamber Music. My main thing is trying to write the Slow Club record, still.
As far as bands with DIY roots go, you guys have been around for quite a while now and I think that’s aspirational for anyone trying to make their way as a creative of any sort. How have you managed to not fall out of love with what you do?

I guess just trying to push yourself, and not do the same thing every time. We’ve always been conscious of trying to make a record that’s different to the last one, purely to keep ourselves entertained. I guess the differences between records are a reflection of what we’re listening to at the time, and where we’re at with our lives.

When I’m writing I always try to do something else as well, something creative but not songs, so they feed off each other. For our first two records I was painting a lot, and for the last record and this record I enrolled at St Martin’s last year to do a writing thing, so I’ve been using that as a springboard. I find if I’m doing something like that, I write loads and loads more music as well. It’s like being fit, if you only write a song once a month, when you come to do it it’s going to be difficult, but if you do little and often you’re able to communicate your ideas a lot more easily. I kind of treat those other creative activities like, say if you were making a dress, the bust that you put it on – I treat the other activities as a framework to build writing songs on. You could just write the same song over and over again, but if we stopped tomorrow, I wouldn’t want to look back on what we’ve done and think we could’ve put more work in.

That’s really interesting, I definitely find it helpful to have to have more than one thing going on at once too. You live in London now, do you still keep up with the DIY scene in Sheffield and the north? Any names to watch?


A lot of our friends are in bands back up north and in Sheffield. We’re good friends with Seize the Chair, and I guess those guys in Nai Harvest and Best Friends are all part of the same group. I’ve seen them a few times and I really like it, I like the link between skate culture and music and you often end up with really interesting stuff. If you move away from a place you do get disconnected from that, you kind of have to be there to appreciate it, but whenever I go back I always try to see stuff.

Onto fashion… how important is ‘aesthetic’ to you as a band?


I think if you asked Becca this question, you’d get a totally different answer! It’s nice to have some sort of unity on that front, we always try it or there’s some sort of vague attempt to do it, but then three days into the tour we just want to wear something comfy.

Where do you get your clothes from? What are you wearing right now?


Anywhere really! Right now – I got some new Dr Martens today, and I’ve actually really got into dying clothes recently. This shirt was light blue last week, so I got a sachet of dark blue and black dye and I’ve just been dying a load of clothes.

I had this last question for Becca, but she couldn’t make it here, so maybe you can help. I wanted to ask if she finds that as a “””girl in a band”””, there’s any more pressure on her to look a certain way or at least to be concerned with fashion? Do you notice that her experience is different to yours?


Yeah, it’s still a pretty male dominated industry. I don’t think there really should be a distinction at all. She shouldn’t be a “girl in a band”, she’s just a woman playing music. Some people seem to think that it’s this really incredible thing that a girl is in a band and writes songs, I think it’s a bit of a 70s view to have! I’m sure she does have a different experience than me, but I think she just makes an effort the same as anyone would.


Catch Slow Club at End of the Road festival next month, and keep up with them on Twitter and Facebook.

Words and photos by Hannah Farrington